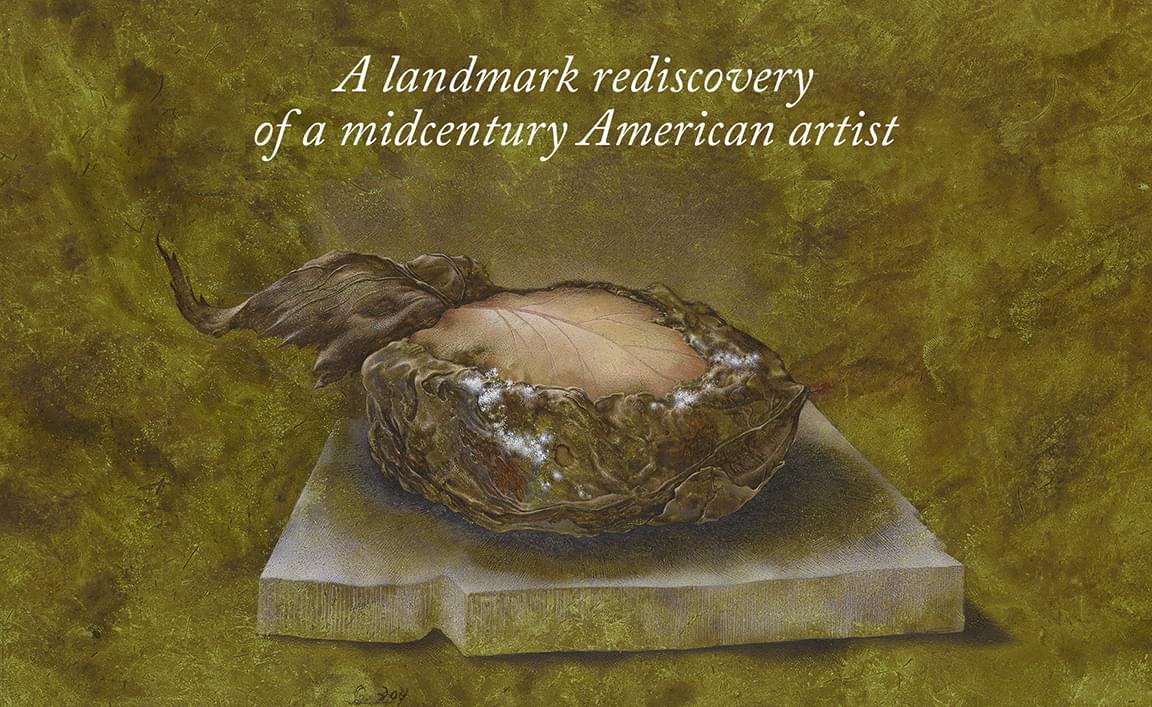 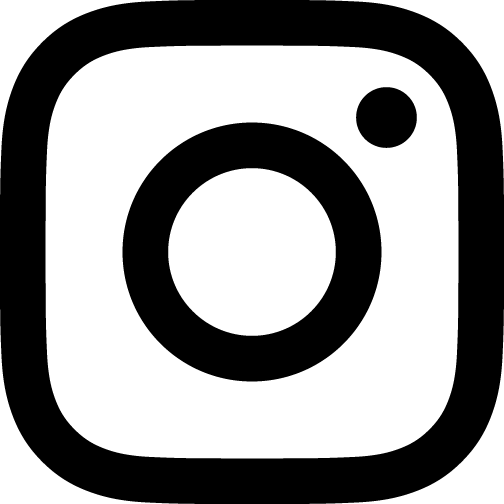 Today, six years after his death at 90, and over 40 years since he stopped creating art, Gray Foy (1922–2012) is the subject of a landmark exhibition and a major publication. These will bring to light his prodigious talent as an artist and draftsman, one whose works may be found in major American museum collections including the Art Institude of Chicago; Harvard Art Museums/Fogg Museum; The Museum of Modern Art, New York; and the Fine Art Museums of San Francisco, among others, and in many private collections. From the 1950s to the mid-1970s, Foy’s drawings were featured in gallery and museum exhibitions, including at the Whitney Museum of American Art and The Metropolitan Museum of Art, and his illustrations appeared in magazines and on book jackets and classical record album covers.

In fall 2018, Foy’s work will be presented in Gray Foy: Drawings 1941–1975, a lavish book to be released on September 1, 2018, by Callaway Arts & Entertainment, and in an identically named exhibition, on view at Francis M. Naumann Fine Art in New York City, from September 14 through November 16, 2018. The extent of Foy’s gifts, widely acknowledged during his working years, will be on view for the first time in over half a century, introducing his work to new audiences.

Foy arrived at the center of New York’s cultural circles circuitously. Born in Dallas to an alcoholic father, he grew up with his mother in Southern California, where, at Beverly Hills High School, his inclination towards art and theatrical design emerged. After working in a defense plant (he was asthmatic and did not serve in the Armed Forces), Foy returned to Dallas in 1946 to study art at Southern Methodist University. A trip to Boston and New York took him to the offices of View, a well-regarded cultural magazine that accepted one of his drawings for publication—essentially launching his career. In the spring of 1947, Foy moved to New York and, never shy, took a portfolio to The Museum of Modern Art’s legendary curator Dorothy C. Miller, who provided a list of possible galleries to approach. Foy was immediately accepted at now shuttered Durlacher Bros., a 57th Street gallery that traded in Old Master drawings but also exhibited works by Magic Realists such as Peter Blume and Pavel Tchelitchew and Surrealists such as Kurt Seligmann.

Foy’s exceptional first few years in New York set the template for a life immersed in arts and letters. Durlacher included his works in group shows and, in 1951 and 1957, in solo exhibitions. He became involved in the social circles of Constance and R. Kirk Askew Jr.—Durlacher’s owner and director, whose Park Avenue salons were attended by Alfred H. Barr Jr., Aaron Copland, E.E. Cummings, Lincoln Kirstein, Philip Johnson, Virgil Thomson, and many others.

Foy was also written up in a lengthy feature in the New York Herald Tribune, where he was described as “a superb craftsman, a young person who will someday be reckoned with in the field of modern art” and favorably noticed in several other publications, including The New York Times and The New Yorker. Foy’s Untitled [Figure with Segmented Torso] (ca. 1946), was donated to the Fogg Art Museum at Harvard University, his first drawing to enter a museum collection. He received portrait commissions from Lincoln Kirstein and Philip Johnson, and other works were purchased by Stephen Carlton Clark Sr., founder of the Baseball Hall of Fame, in Cooperstown, NY; Mademoiselle managing editor Cyrilly Abels; and Paul J. Sachs, scion of Goldman Sachs, among other renowned collectors of the day.

In September 1948, Foy moved into Lerman’s brownstone apartment on Lexington Avenue at 94th Street, where they lived together for 19 years. Lerman wrote to a friend that Foy “is really one of the greatest draftsmen I have ever seen and wonderfully beautiful. You will adore him—everyone does.” Socially, they hosted parties that were attended by John Gielgud, Gypsy Rose Lee, and Diana Vreeland, among many other notables. Settled down with Lerman, Foy entered ever-expanding social circles that ultimately comprised a Who’s Who of New York’s social set. Foy continued drawing and exhibiting his work at Durlacher and in juried shows at the Whitney. In 1953, his drawing Dimensions won the top prize in the Met’s “American Watercolors, Drawings, and Prints, 1952,” a major juried exhibition.

That same year he started illustrating Mademoiselle’s annual “Christmas Classified” and “All Through the House” gift guides. Foy also began designing book jackets and album covers in the new 12-inch-square format of LPs, and illustrating fiction and features for Mademoiselle. His noteworthy book jackets include the first editions of J.R. Salamanca’s Lilith (1961) and Ray Bradbury’s Something Evil This Way Comes (1962). His album cover for Leonard Bernstein’s recording of Igor Stravinsky’s Le sacre du printemps (1957) retained such renown that it was posthumously reprinted on the hundredth-anniversary commemorative DVD edition (2013).

In 1967, Foy and Lerman moved to the 3,400-square-foot apartment in the Osborne. The opulent 1885 apartment building was a product of New York City’s first Gilded Age, which encompassed a style and grandeur that reflected their tastes. The new apartment became home to their ever-expanding collections of paintings, prints, and objets d’art, as well as ongoing salons and holiday extravaganzas celebrating Valentine’s Day, Halloween, and Twelfth Night.

By this time, Foy’s work had begun tapering off. Durlacher Bros. closed in 1967, and as Foy managed day-to-day business and household demands and produced the couple’s many social events, his attention turned away from his art. By 1975, he stopped drawing entirely.

Following Foy’s death in 2012, a significant cache of his drawings was found hidden away in his apartment among thousands of decorative objects and works by other artists. A long-term research project prompted by this discovery then located many additional works in museums and private collections. Concurrently, research for a major monograph sought to explore the significance of Foy’s work and its place in the New York art world, and to establish a comprehensive chronology of his personal and professional life. Among the questions asked was how could someone who had lavished such care on his drawings have let them languish for decades in closets and drawers? The upcoming exhibition and monograph are initial steps in advancing Foy’s rediscovery and reevaluation.

Foy, working largely in pencil and on an intimate scale suitable for the density of his work, sometimes spent months working on a single drawing, using such highly meticulous and time-consuming techniques that he produced only about 100 drawings altogether (excluding his commercial illustrations). Whatever the subject, Foy’s drawings achieved an unsurpassed level of draftsmanship, as seen in works that pay homage to artists from Albrecht Dürer to Dosso Dossi and from Giuseppe Arcimboldo to Pavel Tchelitchew. The late art historian and critic Robert Pincus-Witten wrote that “Gray Foy’s drawings are delineated with such delicacy that they render invisible the actual pressure of the mark upon the paper’s surface, as if the imagery miraculously had been blown into place.”

Foy’s art of the 1940s aligns with Surrealism, though he referred to it as “super-realism.” Everyday objects and interiors are strangely transformed as is organic matter: including animals, humans, and vegetation. Like the Surrealists, he was fascinated by the opposing themes of the monstrous and the marvelous, even as the carnage of World War II—from the bombings of Dresden to the advent of the atomic age at Hiroshima—appeared in newspapers and newsreels. As the horrific images of war reached the United States, Foy’s drawings reflected the disintegration, disfiguration, and transformation of the physical world.

These early pictures also show an affinity with the work of such American Realists as Thomas Hart Benton and John Steuart Curry, who employed intersecting vignettes in mural paintings populated by figures whose bodies were contoured, foreshortened, and distorted to mimic their immediate setting. In Foy’s largest drawing of this period, Dimensions (ca. 1945–46, MoMA, featured in the exhibition), disparate figures and body parts, interior furnishings, vegetation, and geometric shapes pulsate through a dense three-dimensional space where the spatial trickery evokes that of M.C. Escher.

Foy’s mature works of the 1950s through the 1970s focus on botanical subject matter, both natural and imagined, as evidenced by the intricate biological invention in such works as Uprooted Plants (1955, Whitney). As his work evolved through the 1950s, the artist developed an understanding of constant change in nature and honed his ability to depict such metamorphosis. About 1957, Foy began a series of related still lifes that involve leaves or branches wrapped by human hands into clusters or sheaves or assembled by birds into nests—metaphors for efforts to control the untamed sprawl of natural vegetation.

In some of Foy’s final ecological studies, such as Untitled [Twisted Fungi] (ca. 1970, featured in the exhibition), the fantasy-like representation of the botanical life evokes Surrealist roots as the artist explores on paper the mysteries of the biomass. As curator Stephen C. Wicks has written, “The rich array of textures serves as a seductive skin beneath which the artist’s plant forms appear to germinate, writhe, and wither.”

The Fall 2018 exhibition and the publication Gray Foy: Drawings 1941–1975 present Foy’s life and art in depth. Many of the drawings are being published and exhibited for the first time, including his largest work, at 13 by 51-1/2 inches, a scroll entitled The Third Kingdom (1961–62).

The oversized, 204-page monograph, with 172 color illustrations and two foldouts, from Callaway Arts & Entertainment is edited and designed by graphic designer Don Quaintance, and includes essays by art historian and curator Lynn M. Herbert, Quaintance, and contemporary artist Alexis Rockman, with a foreword by Steve Martin, a friend of Foy’s and collector of his work. It will be available for $60 at bookstores and museum shops nationally and online.

Gray Foy: A landmark rediscovery of a midcentury American artist.